By the year 2050, the axis of Teollisuuskatu will change from being a busy highway to an urban streetscape, due to the overall expansion of Helsinki city centre. Already today there is a rich urban culture in the area, and this culture together with new workplaces, housing and new modes of transport, is vital in the creation of a new, dynamic identity of the axis. The 2,5 km long axis is located in the eastern part of the north city centre, along the old harbour route as a link between the growing city centre of Pasila and the new city district of Kalasatama.

In the future, new modes of transport will be available for the area’s residents. The future tram connections require a vast change in the current traffic layout. The renewal of the streets at the same time allows for creating a new atmosphere along the axis, using new creative ways of adding greenery, creating pleasant urban spaces, and highlighting the identity and history of the axis. instead of being a barrier between neighbourhoods, the axis will form a link between the neighbouring areas. The new design aims to mirror the identity of the different surrounding areas using paving, materials, vegetation, activities and storm- and rainwater solutions. 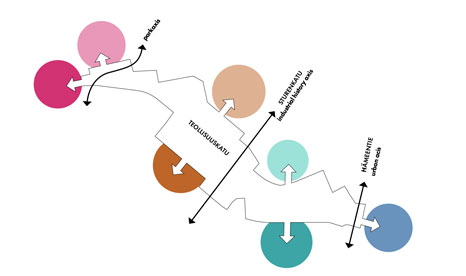 Identification of surrounding areas, important lateral axes and their nature 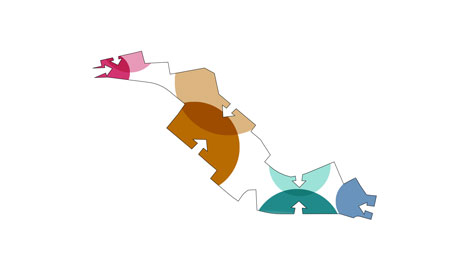 From barrier to a connecting link

Teollisuuskatu is a street situated in a valley, with two bridges as main crossing points. In the current situation, the axis is a barrier in the landscape, with weak or few connections between the surrounding city districts and urban spaces. One of the main goals for the masterplan is to strengthen the connectivity between the bordering areas, with new, safe

and liveable, bike and pedestrian routes and crossing points along the axis. The old bridges with their valuable structures remain, as they are important viewpoints and cultural heritage in the axis landscape. They allow for very distinctive views opening along the axis and adds a historical layer in the surrounding.

In the surroundings of the old bridge of Sturenkatu one can find an old stone wall, very typical to the city of Helsinki. Here’s a section of how the wall can be preserved in one new example of traffic arrangements.

The landscape of the wide street is made more interesting and characteristic with rhythmically situated green pockets, parks, and vegetation as interruptions in the dense city structure and the vast road landscape. The overall blue-green infrastructure of the axis is improved and developed through a strategy of permeable surface materials, adding biofiltration where

possible and creating new visible solutions for gathering storm- and rainwater. The strategy is also used in the Töysänkatu and Kuortaneenkatu sidestreets, made possible by the new traffic arrangements. The concept for the new vegetation in the area originates from the history of the axis as a railyard, promoting ruderal vegetation, single trees, and larger tree groups.

The axis of Teollisuuskatu already contains very diverse and actively used spaces, such as the park Dallapénpuisto. The enjoyable and pleasant park for staying and organizing events creates a place of human scale in the otherwise large-scale environment.

But the future traffic arrangements will also affect the park, and therefore, both the development of the park as well as the creation of new city culture hot spots along the axis was examined. The Päijänteentie crossing was seen as one keyspace for a new, versatile space.

The grass hills of Dallapénpuisto creates a unique atmosphere in the park, creating spaces for staying and recreation.

The current sunny and central spot in the park is perfect for spontaneous events and should be preserved.

Conecting the two parks, Dallapénpuisto and Kinaporinpuisto creates new possibilities for an interesting series of spaces.

Dallapénpuisto is an important space for the urban residents in the area and should also provide this create space in the future.

A new detail of visible stormwater management in the park also functions as a new spot for stay in the park.

Renewing the vegetation in the park by using a diverse set of trees creates a multifaceted, unique garden image in the park

Flowing connections in the area supports the use of the are and the use of sustainable modes of transport. 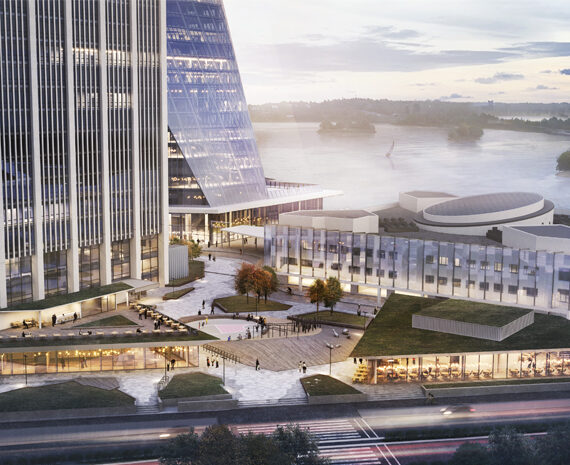 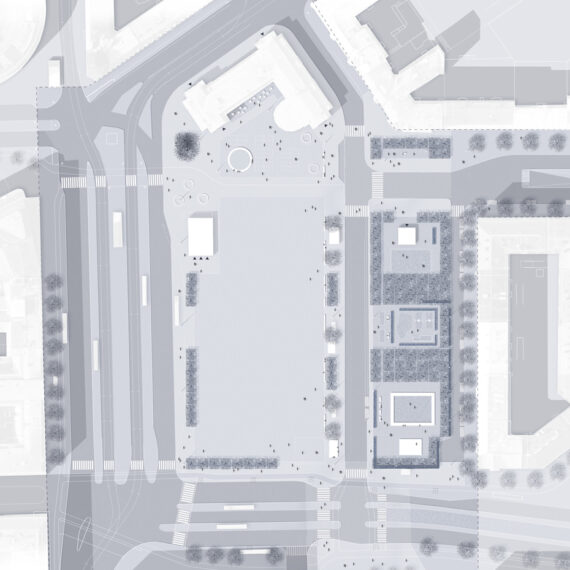 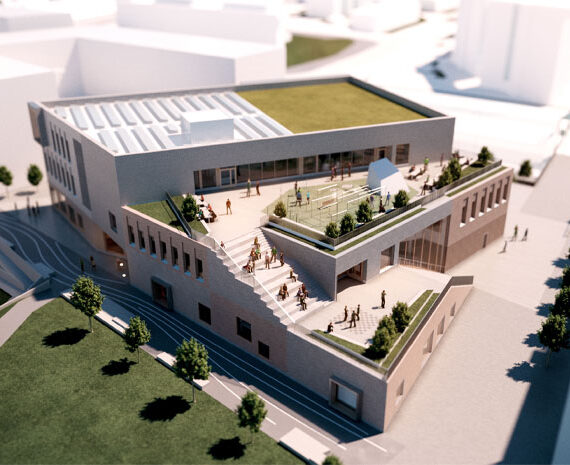 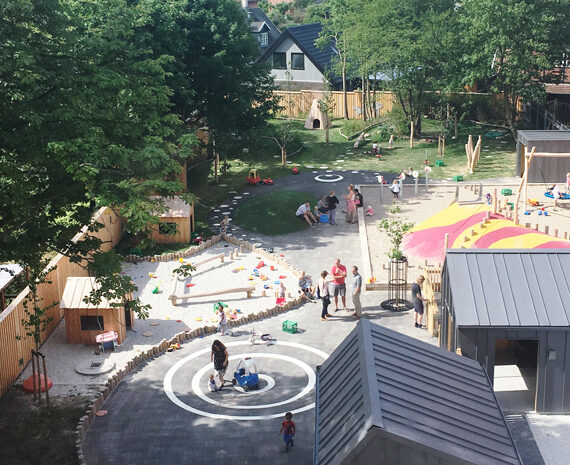